How to Film a Time-lapse Video 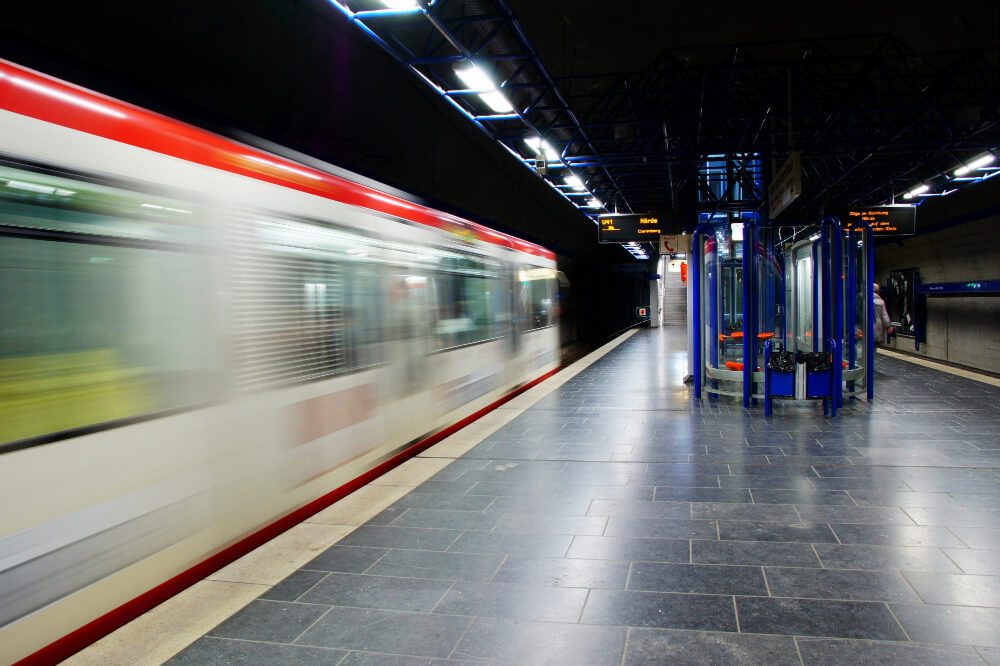 One of the most beautiful yet challenging forms of filmmaking is the time-lapse. It can be breathtaking and composited together to create a whimsical cinematic experience for those watching it. But what makes this filmmaking style unique is that your viewer’s eyes feel like they are moving, even though the subject isn’t.

Time-lapse videos are crazy cool. They can be a unique and interesting way to show how something happens over some time. I want to show you how you can film your very own time-lapse video. But before we get into it, let me clarify what exactly a time-lapse video is for the people who aren’t familiar with them.

What is a Time-lapse Video?

A time-lapse video is a type of video that shows changes over time in a fast sequence. Time-lapse videos use photography, computer graphics, and specialized software to transform images captured at various intervals into a fast-paced and seamless video. The effect is similar to an accelerated film but more realistic because it’s not an animation.

Here are a few ways in which time-lapse videos can be used:

A time-lapse video is a recording of the passage of time, which can be sped up and presented to the viewer in a much shorter period. This technique is widely used in film making, where it is known as accelerated motion or hyper-lapse and is often employed to compress days or weeks into seconds. A similar technique is also used in photography. The term time-lapse applies both to the recording method and the finished product.

The concept used by time-lapse video is that if you take a photograph once per minute over an hour, then you will have 60 different photos. Your job is to use software to compile these images into one video. Basically, you take hundreds of photos at high speed, usually in 1/50-second intervals, then compile them into a video.

Before you start to film your time-lapse video, you need to consider what equipment you need for shooting. This include:

You can shoot time-lapse videos with any camera, but they won’t be as good as those shot with a DSLR. DSLRs allow you to change the frame rate and shoot in RAW format so that you will have the most data possible.

If your camera doesn’t have image stabilization, you’ll need a tripod to avoid shakiness during filming. A tripod is used for keeping objects steady while recording. It provides a fixed center of gravity and allows you to move the camera without creating any image blur. A good quality tripod is able to carry the entire weight of your DSLR camera and lens.

A tripod head is a mounting device that fits on top of a tripod, dolly, or monopod. If you want to shoot panoramic photos or smooth tracking shots, you will definitely need one. A good tripod head should be able to provide fluid movements and lock down tight, so that image blur doesn’t occur while recording a video.

A good lighting kit will make all the difference in your time-lapse video. You want a portable and easy-to-set-up kit so you can move it around from subject to subject as you shoot.

If it’s daytime, you don’t need any additional lighting. However, if it’s nighttime or if it’s cloudy outside, you’ll need different lights. You can either buy or rent professional LED lights or use some other type of light source such as your phone.

You can use anything from a kit lens in your DSLR camera or buy something new specifically for shooting time-lapse videos. Some lenses created specifically for this purpose are Nikon 50mm f/1.8G AF-S DX NIKKOR Lens, Canon 50mm f/1.8 II Camera Lens, and Samyang 50mm f/1.4 AS UMC CS Lens for Canon EF Mount. If you have zoom lenses, you might want to consider investing in a Nikon 24-70 mm f/2.8G ED AF-S Nikkor Zoom Lens or Canon 24-70mm f/2.8L USM Standard Zoom Lens.

The software gives you the option to choose among different shooting modes: photo series, intervalometer, and hyper-lapse. There are various software available for time-lapse video filming, some of which include Hyperlapse from Instagram and LumaFusion. Some software also allow you to remove the background from an image for footage so you can insert them seamlessly into your video.

A prime example of this is Slazzer which basically lets you remove an image background automatically. This can be really helpful in a lot of situations, like creating a transparent background for a clock in a time-lapse video. 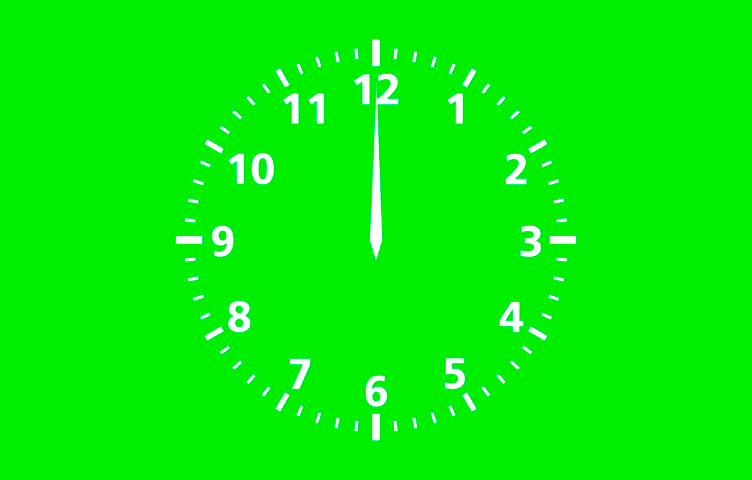 This device triggers your camera at set intervals, giving you total control over exposure times and the interval length of your time-lapse footage. You can set the interval from 1 second up to 24 hours apart, and many cameras have exposure settings that you can adjust before using the intervalometer.

Without this filter, you will see that exposure times will be changing dramatically during your time-lapse footage. This will cause unwanted blur and flickering when viewing the images. We recommend getting an ND filter holder and using step-down rings to fit it on your lens.

The Process of Shooting a Time-lapse Video

Shooting a time-lapse video can be broken down into four main steps. The first step is to choose your subject for moving objects. The second is to set up your camera, tripod, and lights so you’ll have a steady shot. Thirdly, shoot the time-lapse itself. Finally, use editing software to put it all together into a finished product that’s ready for sharing online.

Have you ever seen a time-lapse video of clouds drifting across the sky or waterfalls cascading down a mountainside? These videos are created by taking many photos of the same scene over a long period of time, then playing them back quickly. It’s an interesting technique that can be used to create some stunning visuals, and it’s not nearly as difficult to pull off as you might think.

The method of making a time-lapse video will require you to choose the subject carefully. You want something in motion, like clouds in the sky or cars on the road. Something stationary like trees or buildings won’t work as well if you’re trying to create a sped-up effect. You also have to pay attention to lighting because shadows can make your footage look messy or unprofessional if not addressed properly.

You’ll need to find a subject that offers some degree of movement and isn’t too far away to get started. This will create the illusion that your footage is faster than it actually is. You can also use effects to speed up footage without speeding it up in real-time, which can be helpful if you’re looking for something that’s more subtle or cinematic.

For instance, you could choose to shoot footage of one plant as it grows from seed to maturity over the course of several weeks. You could also opt to shoot a single building and film it as workers construct the building over several months. No matter what your subject is, it’s important to keep in mind that you’ll need to be able to return to the same location at the same time each day if you want your time-lapse video to tell a believable story and capture the passage of time accurately.

Setting Up Your Tools

Setting up to shoot your first time-lapse can be a little intimidating. There are so many things you need to get right, like the camera settings and your tripod, in order for it to turn out great.

While there are many different ways to set up a time-lapse, this one will give you the best possible results:

The aperture should be set between f4 and f8 for the best results. These numbers will vary depending on the type of lens you’re using and how much light your scene has in it.

ISO should be set between 100 and 400 ISO depending on what you’re shooting in terms of brightness again. If you have a darker setting, bump up the ISO; your video will look better when fewer grains are present. On the other hand, if you have a brighter setting, keep it low because otherwise, your image can get too noisy or grainy-looking.

Time-lapse videos are usually shown at 25 frames per second (FPS), which means that every second of video equates to 40 photos being taken. For this reason, you’ll need to take at least 40 photos for every second of video you want. There is no hard and fast rule as to how many photos you should take for a time-lapse video; it really depends on the subject matter, but you can use trial and error until you reach a suitable compromise between processing time and quality.

Time-lapses are best when the changes are gradual, and there’s some point-to-point movement in the shot. For example, if you’re shooting a sunset, try to include the sun moving across the horizon. If you’re filming traffic outside your office or home, zoom out so that you capture the cars moving down the street.

The amount of time-lapse footage you’ll need depends on how long your final video is going to be and how much movement you want to show in each clip. For example, if you want your video to cover from dawn until dusk, you might need 10 clips that each last 20 seconds. On the other hand, one clip will suffice if you just want to show the sunset and don’t care much about what happens before or after.

Here are some tips for editing your time-lapse video:

You now have all the information you need to start filming a time-lapse video. Keep in mind that you should use the best equipment available to you to make sure your endeavor produces high-quality footage. As you do more of these types of projects, adjust and improve as you go on. Have fun experimenting with new gears and new sorts of things to include in your videos.

Back to All blog posts

10 AI Tools to Optimize Your E-commerce Business in 2023

What is DALL-E 2, and how does it compare to Slazzer?